Underway at the Huggins Lake and Michael Lake Targets

The Phase I drilling program will be targeting the Huggins Lake and Michael Lake areas (see Figure 2) on the West Bear Project, which are considered prospective for both uranium and cobalt-nickel deposits in basement rocks.  Phase II will target the Uranium-Nickel Sands and Dwyer Lake areas on the Hidden Bay Project (see UEX’s news release dated December 21, 2020) that will commence upon receipt of long-awaited exploration permits from the provincial government.

The drilling program at Huggins Lake will be approximately 8 holes totaling 900 m.  Short holes are possible as either no sandstone is expected to be present or else only a very thin sandstone may be encountered.

The Huggins Lake area is located south of Dwyer Lake, on the West Bear Project along the northern limb of the West Bear Dome, host of UEX’s West Bear Uranium Deposit and West Bear Cobalt-Nickel Deposit (see Figure 2).  Two high-priority exploration targets will be drill tested along the north rim west of Huggins Lake.  Widespread hydrothermal alteration occurred in the basement rocks of at least two historical Huggins Lake drill holes, as well as geochemically anomalous uranium and nickel in the same host rock types that contains the West Bear uranium and cobalt-nickel deposits.  Historical drilling in the Huggins Lake area was completed in the 1980’s, is widely-spaced and focussed on testing for unconformity-hosted uranium deposits.  UEX believes that the Huggins Lake area is prospective for both basement-hosted uranium deposits and cobalt-nickel deposits.

The Michael Lake area is located along the eastern flank of the West Bear Dome.  A wide interval of anomalous nickel in the overburden approximately 4.2 km long was defined by an overburden drilling campaign in the late 1970’s and early 1980’s.  Sporadic diamond drilling to follow-up the overburden nickel anomalies by previous operators was widely-spaced and did not appear to often penetrate the key structure hosted within the wide graphitic package where the West Bear Deposits are located.

UEX (TSX:UEX, OTCQB:UEXCF, UXO.F) is a Canadian uranium and cobalt exploration and development company involved in an exceptional portfolio of uranium projects, including a number that are 100% owned and operated by UEX, one joint venture with Orano Canada Inc. (“Orano”) and ALX Uranium Corp. (“ALX”) that is 51.43% owned by UEX, as well as eight joint ventures with Orano, one joint venture with Orano and JCU (Canada) Exploration Company Limited, which are operated by Orano, and one project (Christie Lake), that is 64.34% owned by UEX with JCU (Canada) Exploration Company Limited which is operated by UEX.

Our portfolio of projects is located in the eastern, western and northern perimeters of the Athabasca Basin, the world's richest uranium belt, which in 2019 accounted for approximately 12.6% of the global primary uranium production.  UEX is currently advancing several uranium deposits in the Athabasca Basin which include the Christie Lake deposits, the Kianna, Anne, Colette and 58B deposits at its currently 49.1%-owned Shea Creek Project (located 50 kilometres north of Fission’s Triple R Deposit and Patterson Lake South Project, and NexGen’s Arrow Deposit), the Horseshoe and Raven deposits located on its 100%-owned Horseshoe-Raven Development Project and the West Bear Uranium Deposit located at its 100%-owned West Bear Project. 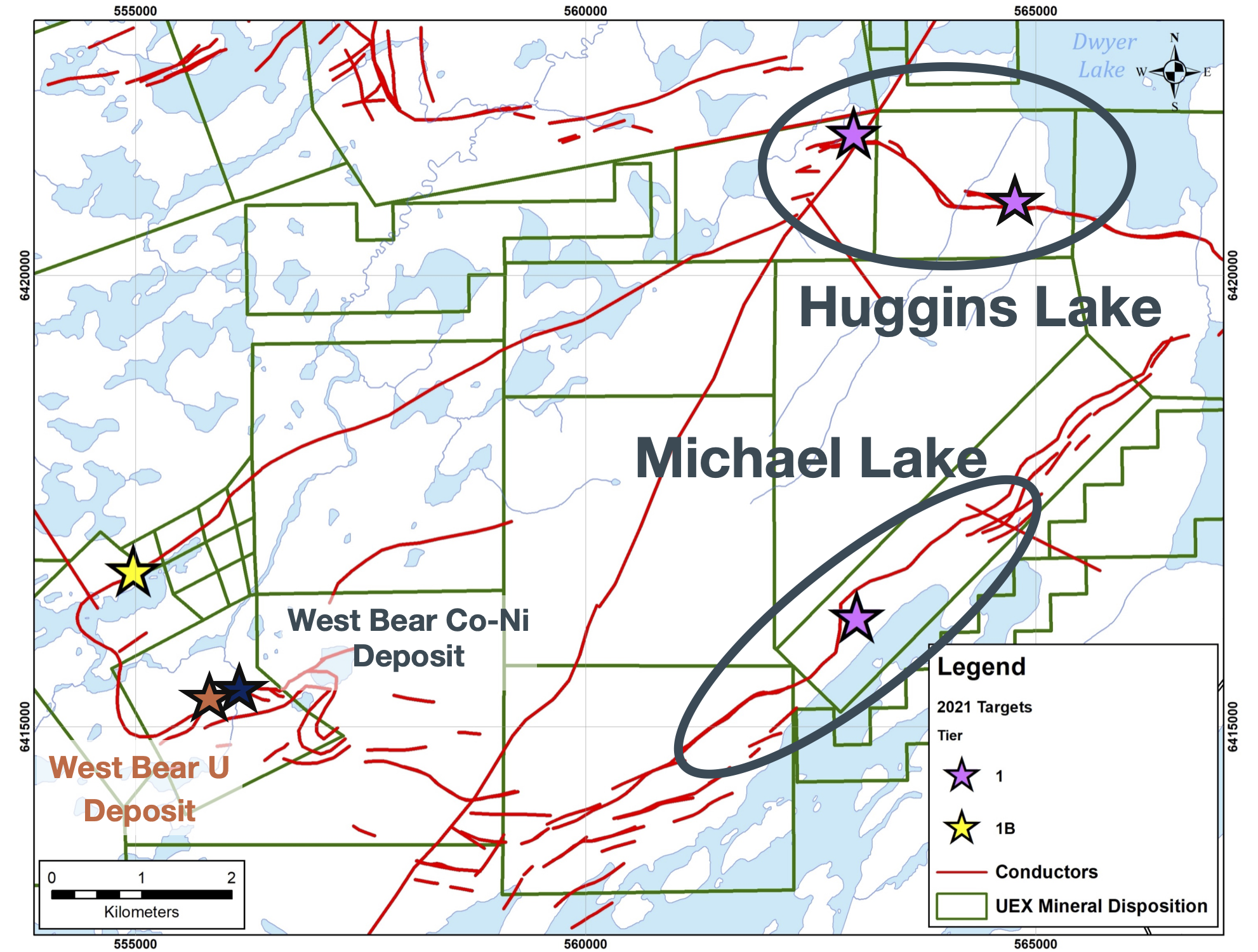