UEX Corporation (UEX:TSX) (“UEX” or the “Company”) is pleased to announce the radiometric results of drill holes CB-092-2 and CB-093 targeting the Paul Bay Deposit (see Figure 1) at the Christie Lake Project (the “Project”), where UEX has a $2.75 million drill program which is currently underway.  The Project is owned 10% by UEX and 90% by JCU (Canada) Exploration Company Limited (“JCU”).  UEX holds an option to earn up to a 70% interest in the Project.

The eU3O8 grade was estimated in-situ within the drill holes using calibrated down-hole radiometric gamma probes.  Samples from holes CB-092-2 (and second offcut from hole CB-092) and CB-093 have been collected for assay analysis to confirm these equivalent grades.  The samples will be analyzed at the Geoanalytical Laboratory at the Saskatchewan Research Council in Saskatoon, Saskatchewan, with results expected in the coming weeks.  The details on how eU3O8 was calculated from the probe grades was outlined in our press release of May 24, 2016.

“These holes have confirmed the continuity of mineralization at the Paul Bay Deposit and closed some of the large gaps in the historic drilling. Given this success, we are now turning our attention to growing the deposit in the down-dip direction.”  – Roger Lemaitre, President & CEO, UEX Corporation

UEX currently holds a 10% interest in the Christie Lake Project and is working under an option agreement to earn up to a 70% interest.  The Project is located approximately 9 km northeast and along strike of Cameco’s McArthur River Mine, the world’s largest uranium producer.  The P2 Fault, the controlling structure for all of the McArthur River deposits, continues to the northeast beyond the mine.  UEX believes that through a series of en-echelon steps the northeast strike extension of the P2 Fault not only crosses the Project but also controls the two known uranium deposits on Christie Lake, the Paul Bay and Ken Pen Deposits.

UEX (TSX:UEX, OTC:UEXCF.PK, UXO.F) is a Canadian uranium exploration and development company involved in sixteen uranium projects, including four that are 100% owned and operated by UEX, one joint venture with AREVA that is operated by UEX, as well as nine joint ventures with AREVA, one joint venture with AREVA and JCU (Canada) Exploration Company Limited, which are operated by AREVA, and one project (Christie Lake) under option from JCU (Canada) Exploration Company Limited and operated by UEX.  The sixteen projects are located in the eastern, western and northern perimeters of the Athabasca Basin, the world's richest uranium belt, which in 2015 accounted for approximately 22% of the global primary uranium production.  UEX is currently advancing several uranium deposits in the Athabasca Basin which include the Christie Lake deposits, the Kianna, Anne, Colette and 58B deposits at its currently 49.1%-owned Shea Creek Project and the Horseshoe, Raven and West Bear deposits located at its 100%-owned Hidden Bay Project. 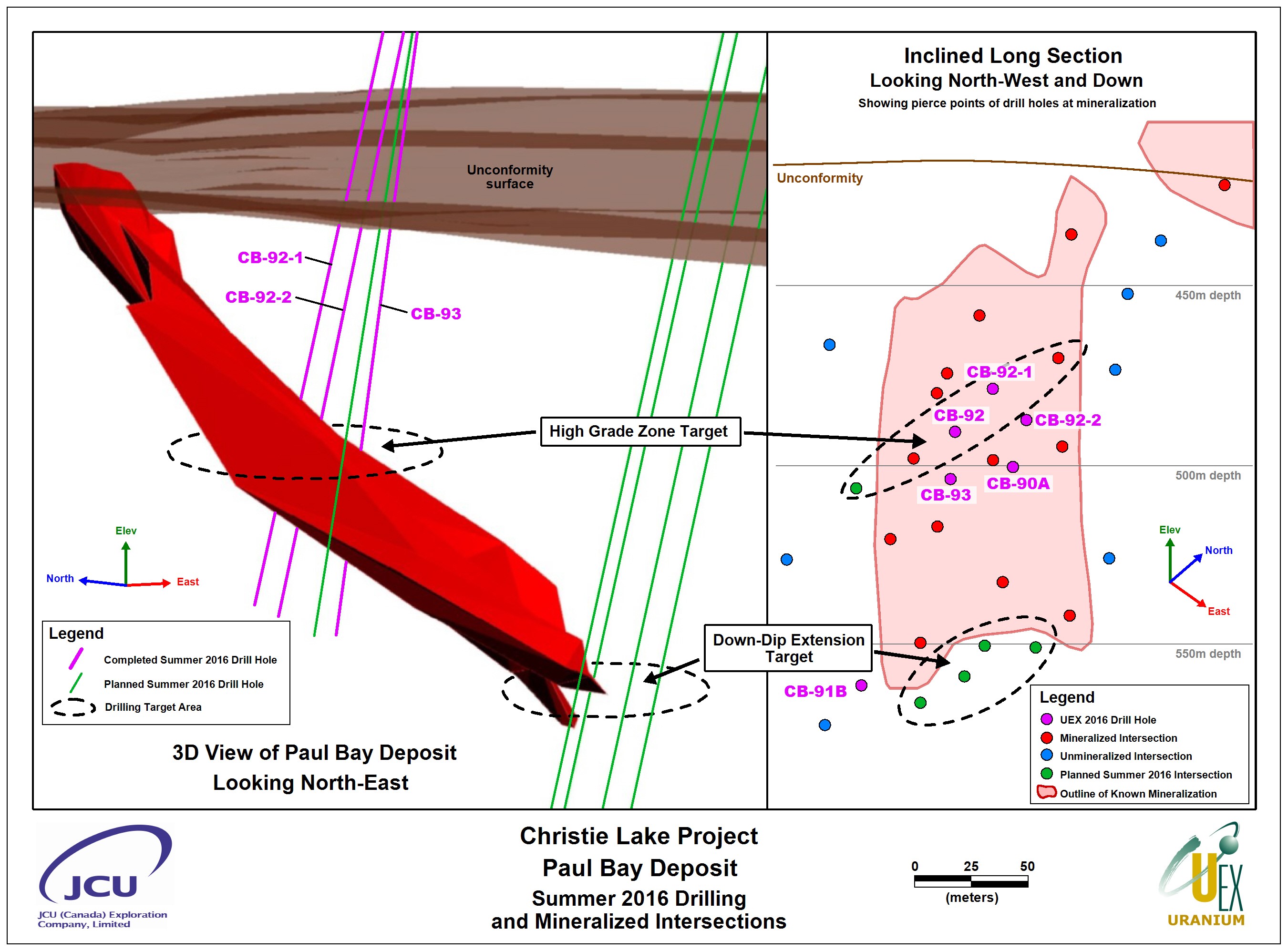